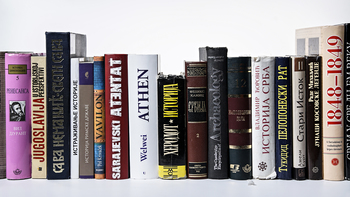 About the Department of History

The Department of History was founded in the autumn of 1954, the same year as the Faculty of Philosophy in Novi Sad. In addition to history courses, the Department also organized introductory courses in Social Science Pedagogical Science, which were later established as separate teaching units. The primary task of the Department, which began on 1 December 1954, was to organize and conduct regular classes in history and academic research.

The Department of History at the Faculty of Philosophy in Novi Sad was consolidated with the Institute for Historical Research of Vojvodina in 1975. The reason for this consolidation was the need to improve the overall teaching and academic research within the Province of Vojvodina. The academic work at the Institute was accomplished with the cooperation of various scientific institutions both within the country and abroad. The products of this academic work were presented in publications of the Institute (45 monographs), SASA (Serbian Academy of Sciences and Arts), Matica srpska, and in historical journals locally and abroad. The Institute’s anthology was established in 1971, published until 1992 (fourteen issues), and was later restored in 2004, with two more issues having been published since then. The intensity of academic research was enhanced with the establishment of the series Vojvodina u borbi (Vojvodina in strife) within which 22 monographs devoted to political, social-economic, and cultural issues from Vojvodina's more recent history were published along with sixteen books of archival records relevant to the study of Vojvodinian history.